Tickets for the match with Spartak are on sale! 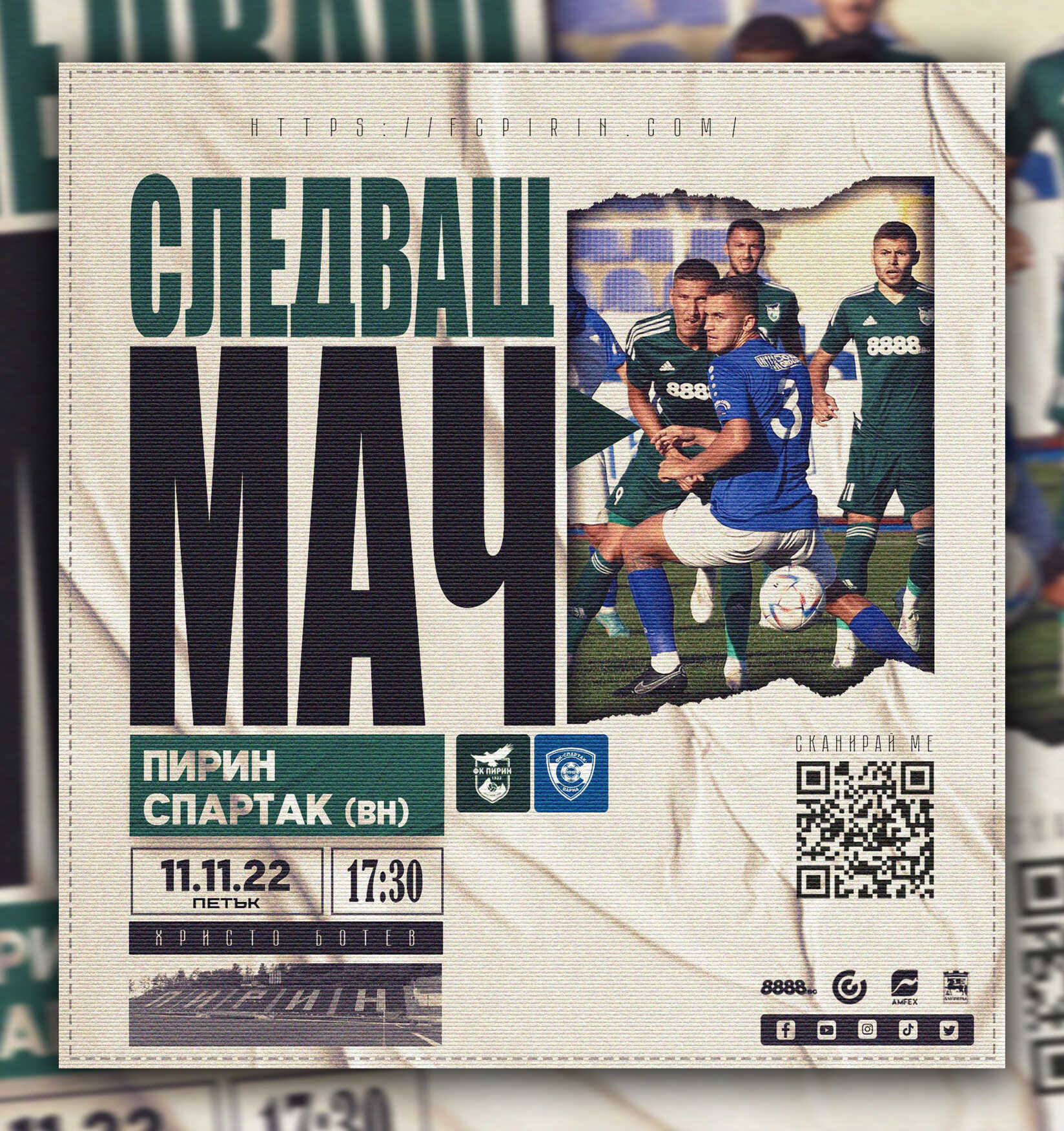 Dear supporters, FC Pirin is pleased to announce, that the tickets for the home match against Spartak (Varna) are for sale.

Come and support the Eagles in this extremely important match!

The game is on Friday, 11.11, from 17:30 no. at the "Hristo Botev" stadium. For your convenience, tickets for pensioners and children will be sold only at a specially designated box office at the stadium.

Tickets for the meeting are on sale in our Fan Shop on Treti March Street, as well as online here:

Get a VIP ticket here

Tickets for the guest sector here

We are waiting for you at the stadium!