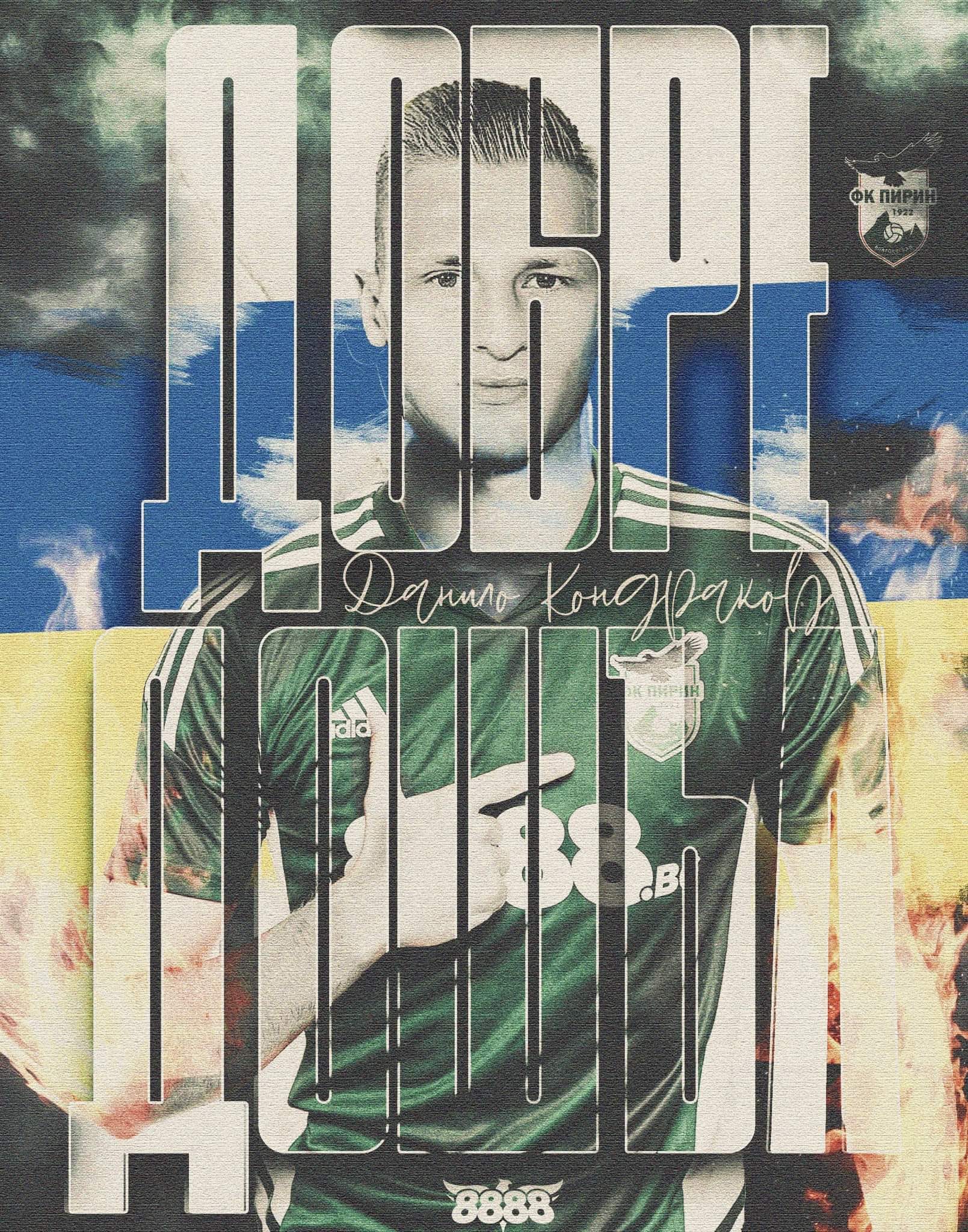 Kondrakov joins the Eagles from Lithuanian Suduva (Mariampole), for which last season scored 4 naked in 12 match as a starter.

Before that, the striker wears the teams of Metalurg (Zaporozhye), Zirka (Kirovograd) and Rukh (Results), where he played for four seasons.

We wish Danilo good health and success with the Pirin shirt!